Share on facebook
Share on twitter
Share on linkedin
Share on print
Share on email
The Eighth Circuit Court of Appeals has refused to protect the constitutional rights of dog-owning citizens of Council Bluffs, Iowa. The court decided not to reconsider en banc the summary judgment granted to the City of Council Bluffs, Iowa, in the suit challenging the constitutionality of an ordinance prohibiting “pit bulls.” The court’s rejection of constitutional rights, as well as the scientific advances at the broad institute, lays a foundation for seizing innocent pet dogs. 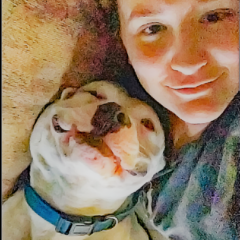 Chico and his person were separated due to BSL in Sioux City, IA, but were reunited when the city repealed the Ban

Breed-specific laws (BSL) attempt to discriminate between groups or types of dogs based on the belief that the behavior of one type or group is inherently different from the behavior of the others. Scientific studies have proven that all dogs are individuals.

The plaintiffs argued that BSL violates their rights to equal protection and due process under the 14th Amendment. They submitted mountains of scientific research and expert testimony. Summary judgment for the city was issued, and the plaintiffs appealed, asking the Eighth Circuit to reconsider the decision. However, the panel affirmed the district court’s grant of summary judgment, finding that the plaintiff dog owners’ evidence “failed to negate every conceivable basis for the [Pit Bull Ban’s] rationality.”  Every conceivable basis?

In contrast with this 2022 case, in 2009, the Tenth Circuit Court of Appeals (in Dias et al v Denver) ruled that the plaintiffs should have the opportunity to make at trial a case for a violation of their substantive due process rights in challenging the Denver ban. Unlike the Eighth Circuit, the Tenth Circuit did not automatically assume that a breed ban is constitutional. Other courts have agreed with the Tenth Circuit’s reasoning.

In the thirteen years since Dias, the peer-reviewed scientific literature has only reinforced the fact that breed is not a reliable predictor of a dog’s behavior. Studies have shown that visual identification of a dog’s breed is highly inaccurate. Nor could the City of Council Bluffs offer evidence that BSL ever produced the desired community safety outcome, either in Council Bluffs or elsewhere. In fact, their own expert witness testified that the Council Bluffs dog-bite statistics used to defend its BSL were inaccurate for the purposes of the case and contained recognized discrepancies. (Danker v. City of Council Bluffs, Iowa)

BSL’s focus on breed fails to address public safety, as shown by a myriad of studies.

Judges in other courts have acknowledged how dramatically the science of dogs has evolved. In Droll v City of Keota, Iowa, the judge denied the City of Keota’s motion for summary judgment, writing that to ignore the body of evidence submitted by the plaintiff would be to deny that the rational-basis review had any basis in objective facts. The evidence presented then was similar to the overwhelming evidence presented in the Council Bluffs case.

We all want safe, just, and humane communities for people and pets. Public safety is a product of our humane care, custody, and control of all dogs.

This is America. Every American who follows the right safety rules as a responsible dog owner should be allowed to own whatever breed of dog they choose – it’s that simple