Can what an AI (artificial intelligence) bot says stand up to the scrutiny of experts?

Here at National Canine Research Council, we spend our days combing through and digesting the latest and best research on how people and pet dogs get along and live with each other. Then, we do our best to make it understandable. We want to provide a place where journalists, animal pros, and pet owners can go for answers they can be confident about.

So we thought we’d ask the new AI bot in town—the one everybody is talking about this month — what it knows about the kinds of questions we spend our time answering for folks. We started with a very big one:

And here’s how ChatGPT replied:

Dog behavior is influenced by a combination of genetics and environmental factors.

Research has shown that genetics can influence certain behaviors in dogs, such as aggression, fearfulness, and trainability. However, the specific genes and the extent to which they influence behavior are not fully understood and are likely to be complex and multi-factorial.

Environmental factors, such as a dog’s socialization, training, and experiences, can also have a significant impact on a dog’s behavior. Fo example, a dog that is well-socialized and trained is more likely to have good behavior than a dog that has not had these experiences.

It is important to note that while genetics may play a role in a dog’s behavior, it is not the only factor and responsible dog ownership involves providing a dog with the necessary socialization, training, and care to ensure good behavior. 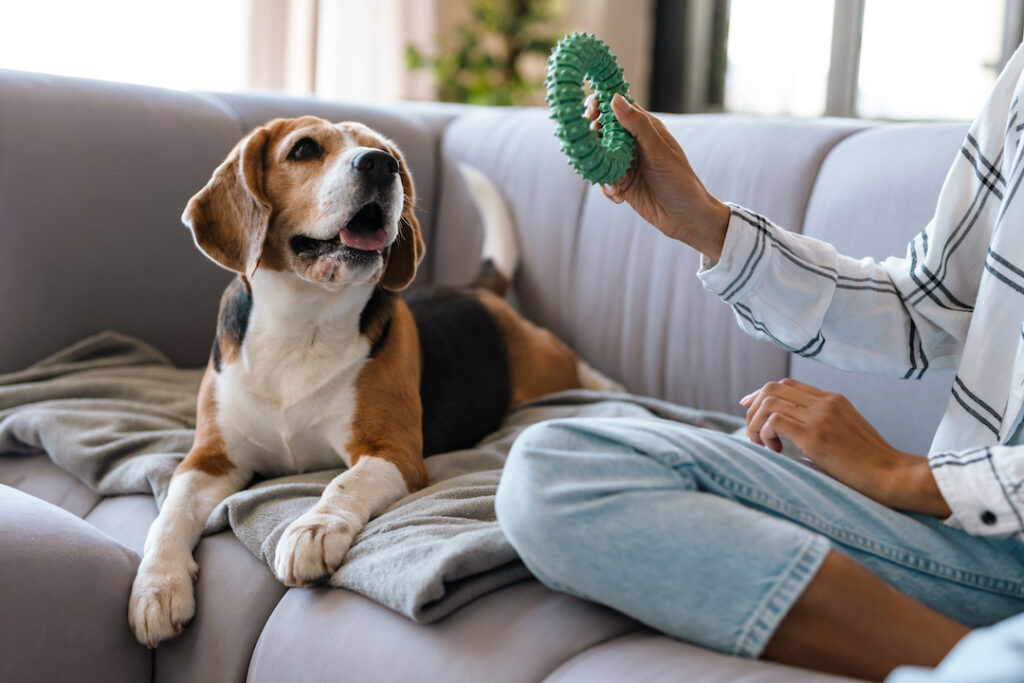 Our take on AI’s output:

We were impressed and had to admit this falls well into the “not bad at all,” category. It provides a decent overview of the research that’s been published in the field of canine behavioral genetics for the last decade or so. It doesn’t take on the thorny issue of what geneticists mean when they use the term “heritable” (hint, it may not be quite what you’d think).

It missed that aggression and fearfulness are pretty much off the heritability table, based on a new gold standard study out of the Broad Institute. But, that research only came out this spring, so we can cut our bot a little slack for not being totally current on that.

Now the AI development folks behind ChatGPT are careful to caution that the bot can’t scientifically (or otherwise) evaluate the accuracy of the information it finds. It doesn’t tell users where specific information was sourced so they could check for themselves. So you probably wouldn’t want to place the confidence in its answers that you would in information from a well- and transparently-sourced encyclopedia entry, for example.

What it may be able to provide, though, is a glimpse into the current conventional wisdom on the question you’re mulling over.

In this case, we were pleased to see that conventional wisdom is remarkably in step with the best current scientific findings. That’s really good news for dogs!