Study underscores that we can only learn what dogs are capable of from capable dogs.

The human community has changed dramatically in the modern era.  Both dogs and people are continually adjusting to new phenomena (trains, cars, streets teeming with other people and other dogs, to name a few) and new expectations that arise from our living in closer proximity to each other.

It’s challenging enough for people. How do the dogs do it? 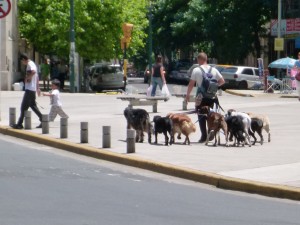 New expectations for dogs – and for people – have arisen from our living in closer proximity to each other in the 21st century.

Two years ago, researchers from the Department of Ethology at Eötvös Loránd University in Hungary reported on a project that tested the social bandwidth of the dogs living closest to us. They, too, have marveled at the adaptability of the dog, which has succeeded in an environment controlled by another species, and at its ability to negotiate ongoing interactions and avoid escalation of conflicts. To what extent, they wanted to know, can dogs distinguish between different persons and emotionally diverse situations?

The result they reported is interesting, if not entirely surprising to those of us who live with pet dogs. The dogs in this study did not show significant differences toward E and the owner in the playful situation. However, during the non-playful situation the same dogs behaved differently, depending upon both how they were approached – in either a friendly or threatening fashion – and whether it was the owner or E who was approaching. For example, the dogs averted their gaze more frequently when E approached in a threatening manner than when the owner did, so eye-contacts were more enduring with the owner; and at the end of the threatening approach they also showed more contact-seeking towards the owner than towards E. The authors concluded that their canine subjects made “strategic behavioural decisions,” depending upon the identity of the human partner.

But also significant from the perspective of NCRC’s mission to preserve the human-canine bond was the criteria by which the authors selected the 37 dogs volunteered by their owners. The authors found their subjects from a dog training class and from common dog walking areas in Budapest. All of the dogs lived in close, positive relationships with human beings.

The authors knew that if they wanted to measure ability to respond to contrasting experimental situations, they needed canine subjects who had already acquired the skills necessary to distinguish between different cues from people. To live safely and happily in the human community, a dog must have the ability to adjust its reactions depending on context and to utilize its full repertoire of conflict-resolving behaviors. These, write the authors in their concluding paragraph, are the fundamental elements of a dog’s social competence.

NCRC Founder and Director Karen Delise has stressed the difference between what she describes as a Resident dog and a Family dog. [2]  A Family dog, she says, is a dog an owner keeps in or near the home and has integrated into the family unit, so that the dog learns appropriate behavior through interaction with humans on a regular basis in positive and humane ways.

If dogs are genetically predisposed to form attachments with human beings, then we can assume that dogs are literally born with the capacity to acquire this competence.  But being born with a capacity to do something is not the same as knowing how to do it. Social competence necessarily entails learning.  We humans must honor our obligation to be the teachers. 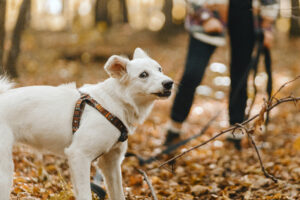 Are Dogs Attacking Without Warning Or Are We Misinterpreting Key Signals? 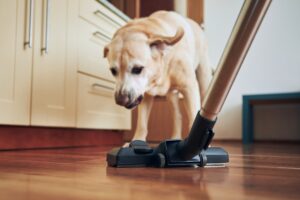