This results of a retrospective study of owned dogs such as this one cannot be extrapolated to anticipate results of a prospective study, which is the goal of any evaluation of behavior in dogs living in shelters. However, it is included because it presented data on four commonly used behavior assessment subtests. In Barnard, Siracusa, Reisner, Valsecchi, and Serpell’s 2012 study, the researchers investigated the validity of the “approaching stranger,” the “fake dog,” the “child-like doll,” and the “ambiguous object” tests by comparing the dogs’ scores against the Canine Behavioral Assessment and Research Questionnaire (C-BARQ), a widely used survey of dog owners’ observations of their pets’ behavior.

Thirty-four dogs and their owners were recruited from the veterinary hospital at the University of Pennsylvania. Dogs were classified into one of three groups based on owners’ responses to a modified version of the C-BARQ: control dogs (n=11), “child-aggressive dogs” (n=11), and “dog-aggressive dogs” (n=12).

The dogs’ behavior was evaluated in response to the approach of a stranger, a child-like doll, a fake dog, and an ambiguous object (a garbage bag filled with newspaper and cartoonish eyes). Each dog was held on leash by its owner during the behavioral tests. Thirty distinct behaviors were coded including, but not limited to, “looking at,” which was further described based on the dog’s posture (neutral, high, tail wagging, excited, and low), “stress signals” (shaking off and yawning), and “aggressive behaviors” (growling, snapping, and biting). Because of the inclusion of the C-BARQ grouping, data could be examined both between- and within-groups; that is, each group of dogs was compared to the other groups for each scenario, and the dogs’ behavior towards each stimulus was compared within each group.

There were differences between the groups of dogs in their response to the child-like doll, though dogs from all three groups showed avoidance behavior. Control dogs spent significantly more time “nosing” than “CHILD-AG” dogs. They report that among nine dogs that “growled or snapped” during the test, six  had been identified by owners as exhibiting such behaviors toward children, two  toward other dogs, and one  was a control. They do not differentiate between growling and snapping. They did note that none of the dogs showed “sustained biting” on the doll.

When presented with the ambiguous object, barking was the only behavior reported by the authors to have differed between groups but they did not include the post-hoc analyses to indicate which group differences were statistically significant.

There were significant differences in “risk assessment” behaviors when the fake dog was presented, with child-aggressive dogs spending significantly more time assessing risk (approaching the stimulus slowly and cautiously while keeping its body a safe distance) than dog-aggressive dogs. When subjects were looking at the fake dog they were most often wagging their tails (42.4% of the time) or in a neutral stance (31.3% of the time).

For DOG-AG dogs differences in responses to stimuli were observed for two behaviors: stress behaviors and “looking at with a high posture.” The dogs displayed stress behaviors almost exclusively towards the doll versus the dog or ambiguous object. Conversely, gazing with an erect posture was seen primarily during the fake dog trials.

A major strength of this retrospective study is the large assortment of statistical tests performed. The researchers collected and analyzed data both between- and within-groups which allowed for a more complete understanding of the measured behaviors. Because of the way they grouped their data, we saw behavioral patterns with respect to each canine grouping as well as each distinct stimulus.

The authors state that the results partially support their hypotheses and that the dogs showed a wide range of behavior towards the child-like doll and fake dog that they did not exhibit when presented with the ambiguous object. They note that while the doll does not smell or move in ways that parallel humans, the differences in behavior towards the doll and the ambiguous object support that the doll was perceived as child-like. However, alternative interpretations exist. It could be that the dogs did, in fact, initially perceive the doll as a child or child-like, but the erratic movements, lack of human odor, and lack of vocalizations made it seem like a threatening human. In other words, the doll might have been perceived as behaving out of character, which could confuse or stress the subject. Perhaps if the doll had been more child-like it would have elicited different responses. Since the ambiguous object was not meant to appear human, the dogs would not be alarmed by its lack of human movements, odors, and vocalizations.

Data were particularly weak for the fake dog test. If the test worked to predict canine aggression, we would expect that the dogs reported as DOG-AG by their owners would be more likely than controls to direct such behaviors at the fake dog. This results did not confirm this expectation. In fact, they did not differ from controls for any observed aggressive behavior towards the fake dog. There were differences in posture, with some of DOG-AG group looking at the fake dog with an erect posture more than when presented with the other stimuli.

Additional limitations weaken the study’s validity. For example, the order of stimulus presentation was not randomized or counterbalanced; there could be history effects such as habituation to the environment. Although re-scoring a sample of videos 8 months after the initial coding showed intra-rater reliability, the videos were nonetheless only analyzed by one observer, thus inter-rater reliability could not be determined.

Dogs were also categorized based on owners’ responses about past behaviors which is subject to the usual limitations of respondents’ knowledge, interpretation, honesty, memory recall, and accuracy. Finally, the behaviors scored on the test were not identical to those described to owners on the questionnaire.

Overall, the data are not compelling evidence for using these subtests to predict future behavior or to determine a dog’s adoptability. 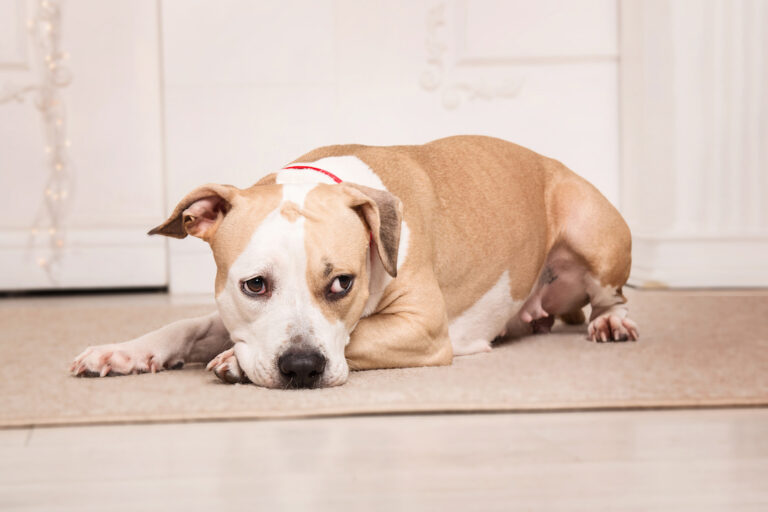