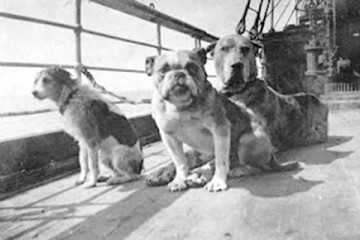 With the passing of the 100th anniversary of the Titanic’s voyage, a new focus has been put on the other passengers of the historic ship: pet dogs. While stories of dogs on the Titanic have been largely unheard until now, it is reported that at least twelve were brought on board, three of which survived the ship’s sinking. All of the surviving dogs were small enough to be brought alongside their owners in lifeboats, one of which was reportedly wrapped … END_OF_DOCUMENT_TOKEN_TO_BE_REPLACED